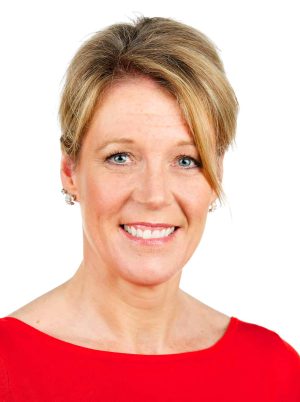 Jennifer was born and raised in Toronto, and to this day still considers herself a “city girl”. However, Muskoka is firmly and forever in her heart. The region’s current slogan says “Muskoka: Once Discovered, Never Forgotten” – she couldn’t agree more.

Jennifer has been a cottager in Muskoka since birth, and a full-time resident since 1983. She raised her two sons outside of Bala on The Moon River, where they attended local schools, then moving on to post-secondary studies that led them to both Ottawa and abroad. Her oldest son Stefan, is a musician and currently resides in Toronto. Justin, her youngest, is a trusted member of their Bala team, following in her, his father, and his grandfather’s footsteps.

As a division of Royal LePage, the brokerage of Johnston & Daniel provides Buyers and Sellers with the very best of two worlds, offering the luxury boutique experience of J&D – “The Standard of Excellence” since 1950 – along with the extraordinary credentials of Canada’s largest and oldest real estate company, Royal LePage.

Whether you have recently discovered Muskoka and are looking to buy, or, are a resident searching for a change in address, Jennifer wants to use her passion and love for the region – having seen first-hand its intrinsic value and life-enriching qualities – in combination with over 30 years of experience, to help you find the property of your dreams.

Jennifer’s knowledge of the property, the area and, to all our real estate questions made the difference. We’ve worked with many real estate agents over the years; however, Jennifer is without question, the best of the best!

Katerina and Marvin
Jennifer is not only very professional, resourceful, accommodating, and yet very composed. The post sale service is also excellent. Words cannot describe how thankful I am hiring Jennifer as my agent.
Nicki F
Jenn is a good listener and patient but can act quickly when necessary. She is a true local and understands the many nuances of Muskoka properties. Finally, she is a pleasure to deal with.
Sally and Ed